Gas furnaces have a long and interesting history. Next time you want to show off your smarts and prove that you’re a fanatical furnace fan, toss out a few of these historical tidbits.

The First Central Heating System Was Built Around 350 BC

Greek architect Cherisiphron designed The Temple of Artemis, one of the Seven Ancient Wonders of the World, around 350 BC. This structure was built with a central heating system, which was quite an engineering marvel at the time!

It used a large fire to produce heat which was then forced through giant flues that were planted in the ground. As the flues began heating the floor, then the warm air would eventually fill the entire temple, making it quite cozy.

Wealthy Romans heated their indoor spaces with “advanced” central heating systems, called hypocausts. They consisted of stacked tiles or stones placed below raised floors. Heat from wood-burning stoves would warm the air in this hollow space, eventually flowing into the rooms above.

Sadly, the fall of the Roman Empire brought about the virtual disappearance of hypocausts. As a result, wood-burning fireplaces became the preferred heating choice for over 1,000 years.

Emperor Heliogabalus Had a Heated Palace

It’s said that in 200 A.D. Emperor Heliogabalus enjoyed living in a palace warmed by central heat. This ancient marvel was accomplished by placing a stove in a brick chamber under the palace’s rooms. As outside air was channeled through primitive ductwork into the chamber, the surrounding warm are rose into the rooms above through openings in the floors. On cold nights, it sure was nice to be an Emperor!

The Industrial Revolution spurred the creation of the first cast iron and brick forced hot air furnace in 1805. It was designed by an Englishman named William Strutt.

This furnace had separate upper and lower casings, creating individual space for the cool and warm air. It worked by circulating cool air from outside around the lower brick and iron casing. When the air was heated, it would rise into the upper casing, where it would flow through a large central duct system using dampers and louvers. Over the next few decades, wealthy homeowners began incorporating these basic heating systems into their homes.

It might surprise you to learn that a woman named Alice Parker is responsible for designing and patenting the first zoned, natural gas central heating system. Up until then, burning wood in stoves or fireplaces had long been the most common method of heating. While her exact design was never implemented, Parker’s invention paved the way for the first coal-fueled electric fan and ductwork forced air furnace, which was invented in 1935.

Today, we have access to a huge array of energy-efficient gas furnaces with performance ratings of up to 98% AFUE. This makes it easier than ever to enjoy incredible indoor comfort! +++ Do you often find yourself with itchy eyes, a runny nose, or headaches? You… 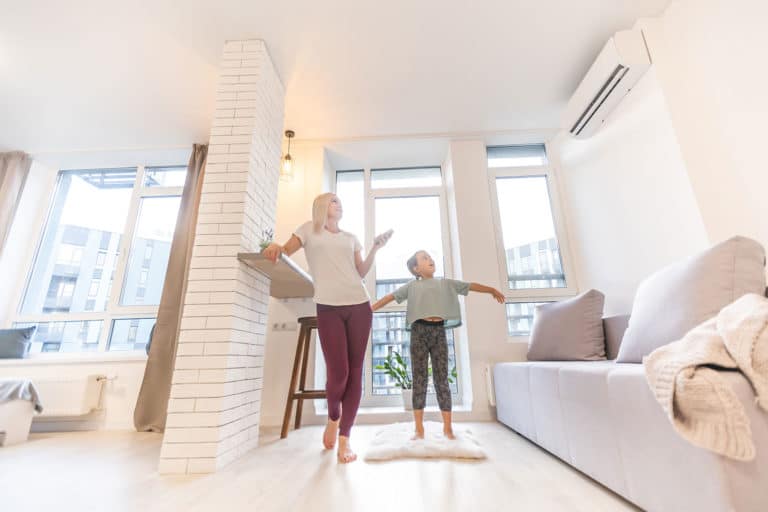 It’s no secret that everything is more expensive lately. Inflation and energy costs are rising,… Going on vacation is all about relaxing and enjoying the moment! After the plane tickets…